Every month you should re-introduce yourself to your social media audience. I think you’d be surprised how many don’t really know you for the real “you”, and those that do, could probably do with a brand re-alignment.

Today’s challenge is simple: we’re travelling right across the social media spectrum, reintroducing ourselves to everyone.

Each social network has a different set of restrictions and formats as to what we can post. LinkedIn lets you type up to 1,300 characters on a post, Facebook allows you 63,000 characters, whilst Twitter allows 280. Instagram lets you post a 2,200 character caption, and Anchor allows you to record for 60 minutes at a time. Byte lets you record a 7 second video, TikTok, Snapchat, and Instagram stories up to 15 seconds. If you’re not a verified YouTube user you can upload up to 15 minutes of video and from what I can see Medium doesn’t have a limit on how long an article can be.

So let’s work out your post, then apply it to each network.

Let’s start with your name, my name is Joshua but publicly I like Josh. Your post isn’t a legal statement so call yourself your commonly called name.

I believe that your last name is a valuable part of your brand. I’ve always loved that Annie Leibovitz calls herself Annie Leibovitz. Not Annie L, or just Annie. She’s proud of her hard to spell (if you’re an Aussie white guy) last name. So be proud of your last name, as anglo or as weird as it might be – it’s you.

I am Josh Withers

What do you do?

Narrow this down to one thing. I know that you’re a human, a friend, a lover, a parent, a pet owner, a home liver, soccer enthusiast, author and writer, who likes whisky, and won an award once. But if you had to tell me one thing, what is it? I’m a wedding celebrant. Sure, I write things like this challenge, and I like to podcast, and I have a wealth of other interests, which will all come out eventually, but the regular Joe on the street scrolling through Instagram will get lost in your grocery list of things you want to be known as.

I am Josh Withers, wedding celebrant.

Where do you do things?

Many people shy away from admitting where they live – and I don’t mean your exact street address, but your wider city/town/region. Maybe they want to travel and don’t want to limit themselves to that area, or they really want to travel, but where you are is part of your identity and people hire people from places to travel to other places every day. In fact, it’s a widely unknown fact that everyone is willing to travel. So be honest about where you’re from, be proud of it, and in other posts and maybe this one if it works, let people know that you travel – if you need to let them know that.

I am Josh Withers, wedding celebrant, from the Gold Coast.

Let’s expand on the what you do

How do you do the thing you do, differently to how other people do what you do. Hopefully someone else has given you some fuel on this topic, so you say it in such a way that matters to common people that aren’t people like you.

I am Josh Withers, wedding celebrant from the Gold Coast, and I make fun, intimate, and personal marriage ceremonies.

Non-work related thing that makes you you

Now you get to pull back your t-shirt sleeve and reveal the tiniest bit of you. Something personal and even a little weird that makes you you. Maybe it’s your family, a hobby, or a pop culture item. Have some fun with it.

I am Josh Withers, wedding celebrant from the Gold Coast, and I make fun, intimate, and personal marriage ceremonies. I’m a husband to Britt, a dad to Luna, and a gadget nerd, when I’m not stalking the Foo Fighters.

Some social networks will have the space for you to double down on this statement, so let’s prepare a second paragraph that is pretty much a copy of the first but expands a little bit.

I am Josh Withers, wedding celebrant from the Gold Coast, and I make fun, intimate, and personal marriage ceremonies. I’m a husband to Britt, a dad to Luna, and a gadget nerd, when I’m not stalking the Foo Fighters.

Where I live is central to the internationally popular Southeast Queensland and Northern New South Wales’ wedding playground but my couples often put me on a plane to somewhere between Iceland and Queenstown most weeks to create the kind of wedding ceremony only I can make. Because weddings happen in epic places I take my drone with me and fulfil my love of landscape photography. If you ever want to make me happy, a bottle of Japanese whisky, some weird tech gadget, or a ticket to a rock concert will do the trick.

Social media is after all, social, and before it was called social media it was called a social network. Networking, like at a networking event. Basically, sound human, not like a resume. I’m going to do that simply by adding the word ‘Hi’ to the front. I’m a genius right! I’m also going to abbreviate ‘I am’ to ‘I’m’ so I sound less like the I Am and more like a Josh.

Hi! I’m Josh Withers, wedding celebrant from the Gold Coast, and I make fun, intimate, and personal marriage ceremonies. I’m a husband to Britt, a dad to Luna, and a gadget nerd, when I’m not stalking the Foo Fighters.

Where I live is super central to the popular Southeast Queensland and Northern New South Wales’ wedding playground so my office isa pretty awesome, but many of my couples put me on a plane somewhere between Iceland and Queenstown most weeks to create the kind of wedding ceremony that only I can make. Because weddings happen in epic places I take my drone with me and fulfil my love of landscape photography. If you ever want to make me happy, a bottle of Japanese whisky, some weird tech gadget, or a ticket to a rock concert will do the trick.

Let’s straddle it with a photo

Search your camera roll for the hottest photo of you looking like you. Not some weird studio shot that looks like you’re a real estate agent. With any luck it’s a professionally taken and edited photo, and maybe you’re at work, but make sure it sits firmly in the category of portrait photo. That is, if the photo was on News.com.au as you were reported missing, we’d find you.

Here’s mine. My friend Morgan made it of me, so when I post it I’ll credit him with something like “Photo made by Morgan Roberts Photography” but depending on the social network, I’ll make it a link to his username, like @morganrobertsphoto on Instagram.

Get that photo and your text that you’ve typed up in a note, copy the text and post that baby everywhere.

With that text prepared in your text editor or word processor of choice, and the photo ready to upload, take to every social network you have access to, and post as much as you can. Jump in the comments on this post and link us to an example so we can like and comment on each other’s work.

Record the introduction with your phone’s selfie camera and upload it to everywhere else, YouTube, Instagram stories, TikTok, Snapchat, Byte, Anchor as a podcast episode.

Get creative with your words. There’s a corpulent list below.

Thanks to Daily Writing Tips for this exquisite list os adjectives you can use to buff out your description with some comely words.

Animistic: quality of recurrence or reversion to earlier form

Bellicose: quarrelsome (its synonym belligerent can also be a noun)

Gustatory: having to do with taste or eating

Platitudinous: resembling or full of dull or banal comments

Spasmodic: having to do with or resembling a spasm, excitable, intermittent

Uxorious: inordinately affectionate or compliant with a wife

Voluble: glib, given to speaking 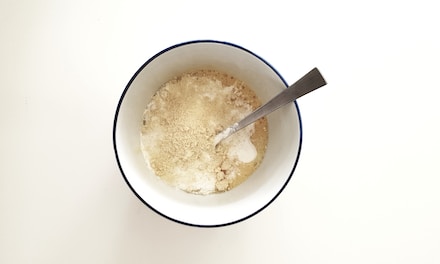 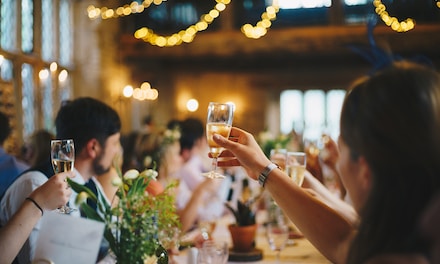 026 Social Media Challenge: It’s not about you today 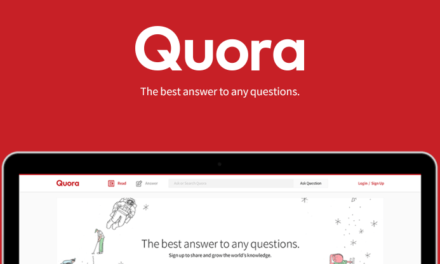 024 Social Media Challenge: Can I answer you a question?