I’m marrying a couple next year – Party 1 is female; Party 2 is a transgender male. What I want to clarify is that if Party 2 has neither a birth certificate or passport in his common usage name that’s not a problem as long as I am satisfied he is who he says he is. For example, is it enough that I know people who know him, and that he is listed on his employer’s website? My sense is that it is ridgy didge, but wanted to check that I’m right.

This celebrant’s thoughts aren’t quite right, and the answer is similar to the one I posted not long ago about a bride’s birth certificate name not matching her identification documents name.

The fact that this party is transgender is completely irrelevant for this situation (and in fact it’s completely irrelevant for pretty much all situations to do with marriage now that we have marriage equality). Breaking it down to its most simplistic base, this party has a birth certificate in a different name from the one he uses in day-to-day life. We don’t know from the question what name his photo ID might be in. There are two separate issues at play here; which name he wants to use on the marriage documentation, and whether the celebrant is satisfied as to his identity.

Names to go on the NOIM

In usual cases, a party would list the name from their birth certificate on the NOIM (and other marriage documentation). If they want to use a different name on the NOIM, they should be advised to legally change their name through BDM and present a change of name certificate or new birth certificate to the celebrant. If they refuse to legally change their name, they may use their new name as long as they can show the celebrant some evidence they’re using it (so photo ID or other documentation in the new name; the listing on his employer’s website may satisfy the celebrant). The celebrant should provide them with written advice as to the difficulties they may experience in obtaining future identity documents if all of their previous documents don’t match.

Being satisfied as to the identity of the party

If the party has a different name on their birth certificate than that on their photo ID, because the photo ID is in the name they have taken by usage, the celebrant needs to be satisfied that the birth certificate belongs to the party in question. This celebrant could certainly argue that knowing other people who know the party, and being able to see his name on his employer’s website, satisfies them of his identity (it would be even better if the employer’s website had a photo of him along with his name). Personally I would want to see photo ID or 100 points of documentation in his current name to satisfy myself of his identity, in line with the suggestion in s4.12 on pp51-52 of the Guidelines on the Marriage Act 1961 for Authorised Celebrants 2018. The level of evidence to be satisfied about identity is up to each celebrant, and celebrants need to be able to justify their decisions if they are ever questioned about the validity of a marriage.

I would anticipate that in this instance the party may well have changed his name legally and have all the appropriate documentation to back it up; the one transgender party I have married did indeed have an updated birth certificate in her preferred name and a driver’s licence in the same preferred name, so there were no issues for me at all. I’m hoping this celebrant will have the same outcome.

Witness signatures, or the one in which Josh and Sarah disagree… 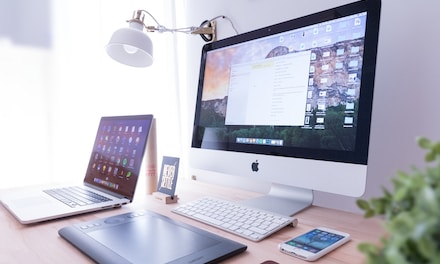