Normally I’d do a rehearsal or rough run through with the couple. I have a couple asking about a rehearsal with the full bridal party.

Would I be ok to say I’d normally just do it with the couple? Or should I go with the flow & do it with everyone?

What do we normally do?

Only members have access to the full article – To access all of the advice and content on the Celebrant Institute website, and to ask questions, you need to be a paid member and if you already are a member, log in here.

Membership is $10 a month, and because we can tell you’re keen to check the site out, if you join via this link only, we’ll give you a three day free trial so you can cancel if you don’t love us like our mothers do.

Normally I’d do a rehearsal or rough run through with the couple. I have a couple asking about a rehearsal with the full bridal party.

Would I be ok to say I’d normally just do it with the couple? Or should I go with the flow & do it with everyone?

What do we normally do?

You’ll get a different response on this from every celebrant you ask 🙂 But I’ll tell you what I prefer!

I like to have as many people involved in the ceremony as possible attend the rehearsal. I like to meet them, I like to put faces to names, and I like them to know I’m the one in charge on the day. I find the ceremonies where I’ve run a rehearsal with more of the bridal party than less run much smoother on the day; everyone know where to stand, what to do, how to move between the different sections of the ceremony, and even though of course I’m there to remind them, it’s just a bit easier.

But it’s really completely up to you! If you prefer to only do them with the couple, that’s your call, but I’d probably be inclined to give it a shot with the bridal party to see how it work for you before you make that a rule!

This is one that most celebrants will have a different answer.

I, personally, have never attended a rehearsal that I believe made a wedding better. I find that bridal parties don’t want to be there, the couple have things on and family coming in and everyone wants to catch up, and figuring out where to stand is the least important thing on their mind a day or three before the wedding. And I personally don’t need one, my style works best when everyone is in the moment.

I communicate this to my couples, and couples that like me and book me, also like that they don’t have to have a rehearsal.

I make myself available for one if required of course, because I’m not a complete asshole, but I have opinions 🙂

And like Sarah said, it is 100% up to you. There’s no law that requires a rehearsal, and you’re the professional here, they’re paying you to know what to do, so exert your expertise and influence and make the rehearsal the best it can be in your belief.

Live streaming a wedding, and what about the music copyright? 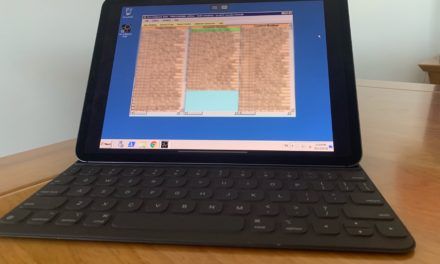 Be a little more like Robbie Williams as a celebrant