Witness signatures, or the one in which Josh and Sarah disagree…

Sometimes (often?) Josh and I disagree on the answer to a question. This was one such time…

I have a grandparent as a witness this coming Saturday who has a very shaky hand and is apparently really nervous about the signing duties. The poor darling! They are adamant they want him as a witness. Any tips on how to beat / manage this? I think he is worried about people watching him… would it be ok to get him to just sign one document while everyone is watching but then the other two after? Appreciate your advice!

Hm, tricky one if they’re adamant they want him as a witness. I think that’s pretty unfair on him, to be honest – it will be making him dread coming to the wedding at all. I would be really pushing them to find someone else.

I guess there’s nothing to say he can’t sign the BDM document and your register after the ceremony is finished and everyone has left the area, but I’m actually not sure if people watching him would be the biggest issue; he’s quite possibly concerned about his wonky handwriting making their certificate look bad.

I’m afraid I don’t have any massive wisdom on this one, apart from trying really hard to talk them into finding another witness! Talk to them about the burden they’re putting on him; don’t they just want him to enjoy the day and not be worried about having to sign???

As is my role and want, I’m going to throw a different angle in.

Grandpa doesn’t have to ink a traditional signature, common law has long held that a signature is not necessarily the writing in of a name, but may be any mark which identifies it as the act of the party.

Further to that, here’s an excerpt from the AGD website on witnesses to statutory declarations:

(Yes Bree, Josh and I enjoy arguing with each other!)

I feel like we’re fighting in front of the kids 🙂

I have no legal wisdom on this – but Sarah’s mother probably would 😉 – but I’m of the belief that if grandpa wiped the sweat off his brow onto the marriage certificate in acknowledgement of his witnessing the marriage ceremony that a court would uphold that.

*scampers back into my cave*

A lot of the stuff we get questions about is like this; there’s no hard and fast rules, just one person’s interpretation of the legislation versus another person’s interpretation. I’m always happy to give you my interpretation (and Josh will sometimes jump in with his own), but it is important to realise that there’s not necessarily one right answer in some circumstances. Sometimes we have to do whatever is most practical and ends up with the best outcome for our clients 🙂 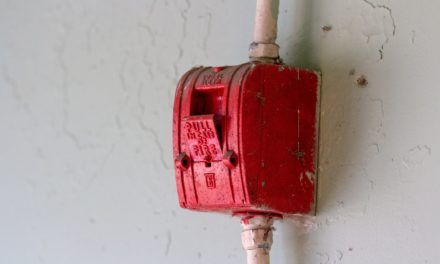