There is a fascinating article on The Correspondent today about the next “dot com bubble” being online advertising.

The link is a long, but easy, and really (seriously) interesting read, but for the benefit of CI blog readers, I’ll quote a few sections here.

It begins with a story from 17 years ago when Google was a baby company and search engine advertising was such a new idea. So many people were clicking on ads and they didn’t even realise they were ads.

Eric Schmidt continued: “Our business is highly measurable. We know that if you spend X dollars on ads, you’ll get Y dollars in revenues.” At Google, Schmidt maintained, you pay only for what works.

And they’re in a meeting with Mel Karmazin, the president of Viacom, one of the largest media companies around town.

“I’m selling $25bn of advertising a year,” Karmazin said. “Why would I want anyone to know what works and what doesn’t?” Leaning on the table, hands folded, he gazed at his hosts and told them: “You’re fucking with the magic.”

The author goes on to set the scene for what the online advertising market was, and is today. The dollar amounts in this article are all USD, so add about 50% to get to Aussie dollars.

This scary nugget is dropped:

Harvard professor Shoshana Zuboff predicts a “seventh extinction wave”, where human beings lose “the will to will”. Cunning marketers can predict and manipulate our behaviour. Facebook knows your soul. Google is hacking your brain.

But the author offers a panadol incase that quote dragged up some fear.

I too used to believe that these tech giants were all-knowing entities. But while writing this story, I have come to realise that this belief is as wrong as it is popular.

He goes on to explain how a study on eBay’s advertising seemed like online advertising was really successful for eBay, until this anecdote prepares us for the mind-blowing study still to come.

Picture this. Luigi’s Pizzeria hires three teenagers to hand out coupons to passersby. After a few weeks of flyering, one of the three turns out to be a marketing genius. Customers keep showing up with coupons distributed by this particular kid. The other two can’t make any sense of it: how does he do it? When they ask him, he explains: “I stand in the waiting area of the pizzeria.”

They’re explaining selection effect. That the people standing in line for a pizza were already wanting to buy a pizza, so giving them a flyer for that pizzeria was not actually effective advertising.

So they eventually get to a point where they convince eBay to stop advertising for a period of time.

The results were clear: all the traffic that had previously come from paid links was now coming in through ordinary links. Tadelis had been right all along. Annually, eBay was burning a good $20m on ads targeting the keyword ‘eBay’.

eBay was literally burning $20 million US dollars a month for nothing. That’s almost $30 Aussie big ones. Now you’re no eBay, but it’s highly likely that your online advertising is doing about the same. That study about eBay, it’s all here for your reading pleasure.

“I kind of had the belief that most economists have: businesses are advertising, so it must be good. Because otherwise why would they do it?”

You see, it turns out that all of these advertising networks are not personally programmed, but programmed by algorithms, designed to be automatically good for the advertising company, the Google or the Facebook. After all, if you were going to design a robot, you wouldn’t design it to kill you would you?

It gets worse: the brightest minds of this generation are creating algorithms which only increase the effects of selection. Consider the following: if Amazon buys clicks from Facebook and Google, the advertising platforms’ algorithms will seek out Amazon clickers. And who is most likely to click on Amazon? Presumably Amazon’s regular customers. In that case the algorithms are generating clicks, but not necessarily extra clicks.

This is all really nice posturing, is what I’m sure you’re thinking, but what does it all mean for me, and for you, the small business humans of the world?

Now we arrive at perhaps the most fundamental question: what, in the end, is there really to know in advertising? Can advertisers ever know exactly what their ad brings in?

The easy answer is no, because advertising, marketing, telling your story is an art – not a science. It’s flirting and dancing and winking across the bar, forming relationships, and one day, one day later than today, getting married. But today you’ll never know if the wink or the flirt worked. But if you don’t wink and flirt, you’ll be single forever.

It might sound crazy, but companies are not equipped to assess whether their ad spending actually makes money.

And here we are at the end of the article without a saving grace or solution. I do have a grand idea, but it’s not a new one.

I firmly believe that broadcasting, telling, our story about what we do, what we care about, what change we want to make in the world, and how that is relevant to potential clients is the most powerful marketing effort you can make. The better news is that the cost of telling your story is minimal. You can start with your phone and move on to better technology as you have the budget.

In 2013 I spent just over $25,000 in advertising because we were building our business and I didn’t know what would work, so I tried everything. Each year we’ve spent less and less. This year we’re on track to spend about $5000 a year on Facebook and Instagram marketing, which is basically remarketing our stories to people in our target demographic.

What’s the difference between spending $25k on advertising and $5k? About the same revenue, with far less time at wedding fairs and phone calls from desperate sales executives.

My encouragement to you today is to save the dollars on advertising and invest the time into telling your story online. Being authentically you, creating a space for people to learn who you are and what you’re about. Not just in your broadcast channels like Facebook and Instagram, but in the comments on other people’s posts. In Facebook groups where you actually offer help, wisdom, and encouragement instead of sharing your website link every time someone asks if anyone knows a celebrant.

If that doesn’t work out for you, I’ll give you your money back. 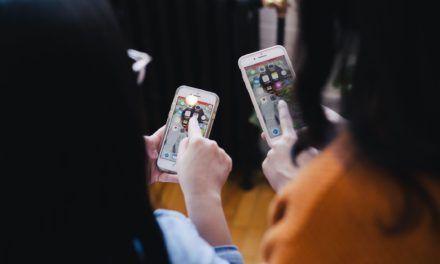 Get testimonies that matter 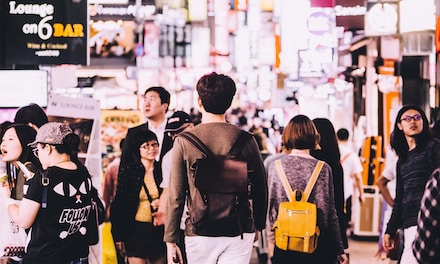 The law of social proof and celebrancy