I know according to section 45(2) of the Marriage Act, couples are required to say “I call upon the persons here present to witness that I, A.B. (or C.D.), take thee, C.D. (or A.B.), to be my lawful wedded wife (or husband); or words to that effect.” When it comes to couples personalising their vows, aside from the previous mentioned, do couples have to say certain things, or are they free to say what they see fit?

This one’s almost easy: they can literally say whatever they see fit, almost…

Page 71 of the Guidelines on the Marriage Act 1961 for Authorised Celebrants 2018 says:

So couples can say whatever they want in their personal vows, as long as they don’t contradict what’s in the legal vows or what’s in the Monitum. For example, they can’t say, “I call upon the persons here present to witness that I, A.B. take thee, C.D. to be my lawful wedded wife, but only until I stop liking you.” I also don’t want to hear them state anything that would be a crime, for example, “I promise to take on all your demerit points so you don’t lose your licence.” That’s illegal, and no matter how much of a joke it is, I don’t want to hear it in my presence as I am an officer of the Commonwealth. Keep jokes like that for the speech at the reception.

This section of the Guidelines says that the legal vows should go before the personalised vows, but I can’t think of a single good reason for that, so I often ignore this suggestion. I often get the parties to read their personal vows from a card I’ve printed for them (and I show them how to hold the microphone and the card in a way that allows them to still hold hands), and then they repeat the legal vows after me while they exchange rings. Josh does it this way too, as do a bunch of other celebrants I know. (Damon, I stole this one from you, thank you very much!)

There’s lots of blog posts and articles about how to write personal vows, but if I have a person who’s really stuck, I ask them to tell me five things they love about their partner, and five things they want to promise them for their future lives together. I think that sums it all up nicely 🙂

Also just a note on the legal vows. The ones Veronica has quoted in her question are from the pre-marriage equality Marriage Act. Section 45(2) of the Marriage Act 1961 now says parties must say to each other “I call upon the persons here present to witness that I, A.B. (or C.D.), take thee, C.D. (or A.B.), to be my lawful wedded wife (or husband, or spouse)” [emphasis added]. The Guidelines on the Marriage Act 1961 for Authorised Celebrants 2018, at page 70, further add that under “words to that effect”, parties can choose to take each other as their “partner in marriage” rather than wife, husband or spouse.

VIC BDM RIO: everything I know 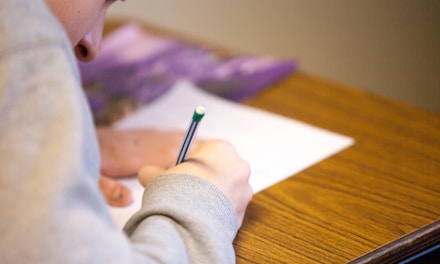