Listing the parents’ names on the NOIM is often a huge headache. What if one of them changed their name? Do you put their name when they were born or when the party was born? What if there’s a spelling error in their name on your birth certificate? What if they go by an anglicised name? The Guidelines on the Marriage Act 1961 for Marriage Celebrants have, until now, been silent on this matter, and it’s often been a point of contention between celebrants. Some celebrants say you should put whatever is on the party’s birth certificate, because the important thing is to be able to link all the records. Some celebrants say you should put whatever the father’s legal name is now, regardless of what it was when the party was born. But all that has changed with the release of the Guidelines on the Marriage Act 1961 for Authorised Celebrants 2018, so I was pleased to be able to answer the following question.

I seem to always encounter issues with the Bride’s mums’ maiden names when completing the NOIM! This issue (all names have been changed) is below, any advice would be hugely appreciated.

I have now received an email from the Bride letting me know that she has spoken to her mother who told her that a solicitor advised she could not use ‘Susan’ on any legal documentation as she has legally changed her name to ‘Sue’. They have provided a scan of a certified copy of a statutory declaration from 1997 setting out details of the ‘renunciation’ of her former name. The mother also mentioned that the father (now deceased) never officially changed his name from Sylvesterino to Sylvester, and they have provided a copy of his birth certificate.

When the draft version of the Guidelines on the Marriage Act 1961 for Authorised Celebrants 2018 came out and we were given the opportunity to provide feedback before the final version was published, I included the following in my (rather lengthy!) submission:

There is nothing in these Guidelines about parents’ names on the marriage paperwork.

Naturally the final version didn’t actually address ALL of my questions (some of which I will follow up for further clarification on), but on page 28 of the Guidelines on the Marriage Act 1961 for Authorised Celebrants 2018, they included this nifty little paragraph:

There is so much in that one little paragraph, so let’s unpack it a bit.

“In most cases people will list their parents as per their birth certificates or adoption papers.” Okay, makes sense. That one’s easy.

“Not all parents are listed on birth certificates; it is up to the parties to list their parents using the names as they know them by.” Wait, what? So now we can list a parent who is not listed on a birth certificate (that’s always been regarded in celebrant discussions as a no-no), and we can list them as whatever names the party knows them by? This is a major change from the accepted wisdom touted by many, many celebrants (myself included, to be perfectly honest).

So in answer to the question posed, the bride should definitely put Sue and Sylvester, as she doesn’t need to provide proof of their names, and what’s on her birth certificate is irrelevant!

Actually amazing. It’s well worth a very careful read of the new Guidelines to find little gems like this!

Names in the legal vows 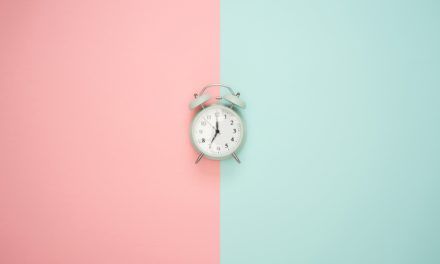 Shortening of time: the celebrant’s role