My couple is getting married on a boat in The Pittwater located on the Northern Beaches of Sydney. Please advise how I best record the “at” on the docs for a wedding adrift.

The Guidelines to the Marriage Act, in relation to the place a wedding would occur, gives this poor advice: “The marriage must be registered in the state or territory where the marriage was solemnised. To meet this requirement, and possible requirements of other countries for recognition of the marriage, marriages in aircraft and ships at sea should be avoided.”

I’m not going to say they’re wrong, but they’re not right.

Australian authorised marriage celebrants have the authority and the ability to marry couples anywhere and at any time on any day within Australia and its territories.

Australia and its territories according to the Marriage Act includes:
– the states that make up the Commonwealth of Australia Queensland, New South Wales, Victoria, South Australia, Tasmania, Western Australia
– the internal Australian territories of Northern Territory, Jervis Bay Territory, and the Australian Capital Territory, plus the external territories of Christmas Island, Cocos (Keeling) Islands, and Norfolk Island.

The territories of Ashmore and Cartier Islands, Australian Antarctic Territory, Coral Sea Islands (Willis Island), Heard Island & McDonald Islands, are unfortunately excluded. I should really petition the Commonwealth to add those babies in there because I’d love to marry a couple in Antartica.

Within those states and territories celebrants can marry people anywhere, including the territorial limits in the sea, beneath the ground, on the ground, and above the ground

Above the ground, Australia has complete and exclusive sovereignty of the airspace above its territory, so marriage ceremonies can be conducted in Australian airspace over Australia or its territories, also including the width of the territorial seas.

Recording the ceremony location on the marriage certificate

As per beach weddings, or even weddings at a wedding venue, the exact latitude and longitude are not required. The Marriage Act simply states that we “prepare a certificate of the marriage, in accordance with the prescribed form” – the Marriage Act nor the Guidelines give any direction on the recording a location.

The understanding from the various Births Deaths and Marriages offices is that they would like to see the location as Australia Post would, or as Google Maps might.

As an example, the coffee shop I’m writing this in right now is a place I have also married someone and on their marriage certificates I recorded the location as “Good Day Coffee, 2/476 Gold Coast Highway, Tugun, Qld“.

For a ceremony in the water or the air, my best advice would be to record:

Vessel Name (if there is one), Suburb/Location/Nearest Location, State.

And if you aren’t in a vessel, I’d record the location like:

If someone was to record the latitude and longitude at the time of the vows being exchanged, that would assist in pinpointing suburb and state after the ceremony.

A few examples of a ceremony location could be:

Ultimately the power and the authority to record the marriage on the certificate is your job, so use your best judgement. You’ll know the recorded location is too ambiguous if you told me where it was and it didn’t make sense. Make sure you record the best “venue” and then the suburb in which it occurred in, or nearest too. 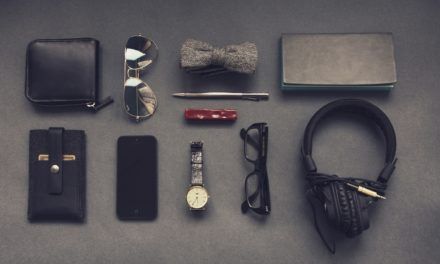 Sighting identity documentation when the couple isn’t together