I am hoping to be able to travel and marry people in other countries so how do I go about doing that? I understand the law is different in each state in the US and of course Canada so is there an easy process to get the legal requirements to marry people overseas?

This is a really easy, and equally, really hard question to answer Maria.

The simple way to approach the question is to look at the sovereign state you are hoping to marry someone in, look at the marriage laws in that place, and identify how the marrying authority, the celebrant, officiant, minister, etc, is appointed.

In Australia marriage law is a commonwealth concern, so the federal marriage law defines who can marry, and how those people are appointed.

In the USA marriage is largely a state legislature issue.

In Hawaii the health department is given the job of looking after marriage, in New York it’s the city clerk.

There’s no easy answers here, but I became ordained in the USA with Open Ministry and that ordination hasn’t failed me yet.

As for other countries, I’ll let you Google it. In British Columbia, the province in Canada, a friend who runs an officiant company there looked after my registration and in New Zealand it looks like any of us could apply, but you need to go through the process and it’s not easy.

Ultimately this is why I marry people legally on Australian soil before (sometimes after) the trip and when we’re overseas we simply celebrate their marriage and don’t worry about the overseas legals, plus there are big benefits to the couples if they marry legally in Australia as well.

Taking over a ceremony for another celebrant: legal obligations 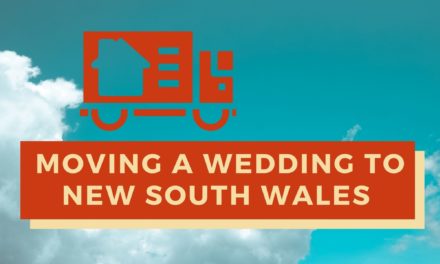 Moving a wedding from Queensland to New South Wales