“I appear to get myself into hot water time and time again, by saying that the Guidelines are just that GUIDELINES, and the act and the regs are the actual LAW. Am I right?”

Deb, I would tell you that you are totally correct. The Guidelines are not the law, the law is the law and the Guidelines are the Attorney-General’s office Marriage Celebrants Section legal team best interpretation of the Marriage Act of 1961 into circumstances and issues they perceive to be relevant to marriage celebrants.

So as much as the Guidelines are not the law, they are the boss’ best guess as to what the Marriage Act of 1961 means.

So what does this mean?

Well in my interpretation of the AG office’s interpretation of the law I would say that until communicated otherwise, listen to the Guidelines to the best of your ability and knowledge. Breaking a guideline won’t have the local AFP squad bursting down your door anytime soon. But where it might come into play is

With that said, the Guidelines indeed are not law, and the interpretation is merely that, a human’s best interpretation of the law. The best thing about Australian democracy is that you and I have the power and agency to push back on different issues.

Only recently the Australian public pushed back on the Howard Governent’s re-interpretation of the Marriage Act and Constitution and now everyone in Australia can get married, instead of a select community.

Sometimes we push back and we get the conflict of interest guidelines changed. The Marriage Act of 1961 did not change, but because of my multiple emails, phone calls, and meetings with the Attorney-General’s Marriage Celebrants Section the conflict of interest guidelines were changed. They changed their interpretation of the act because we stood up and questioned it.

Sarah and others pushed back on the recent misinterpretation of “one month’s notice” and the AG’s office changed the Guidelines.

I’m doing the same thing at the moment in regards to sighting evidence of identity and birth. The Electronic Transactions Act says that “ensures that a transaction under a Commonwealth law will not be invalid simply because it was conducted through electronic communication. If a Commonwealth law requires you to: give information in writing, provide a handwritten signature, produce a document in material form, record or retain information, the Electronic Transactions Act means you can do these things electronically.” So Commonwealth Law actually overrules the Guideline’s guidelines. I’m not telling you to accept passports over email, but until such time as the Guidelines are updated I’ll let you and your lawyer figure it out. Or you can do like I am and email [email protected] every month until they reply. (Spoiler alert, they don’t reply).

So the Guidelines are just that, guidelines, and the Marriage Act of 1961 is the law that would be argued in court, but unless you want to have every celebrant in the country making complaints about you (it’s so much fun having your lawyer reply to all those emails) I recommend staying within the goal posts set out by the AG’s office unless you have a conviction that the Guidelinesshould change, and when you have that conviction, start with an email, end with a blog post like this one. 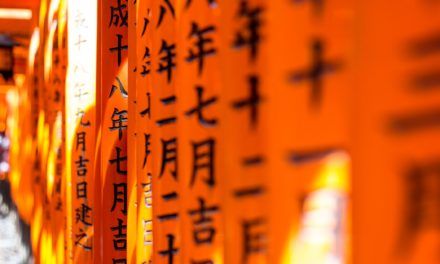 Taking over a ceremony for another celebrant: legal obligations