If there’s anything you can expect from me today and into the future is that I’m not going to talk BS. The good news is that I know as much about Facebook advertising as most marketers and advertisers do, and they don’t know either, because there is no one perfect ad that will close all the deals and make all the bookings. So as much as I don’t know how to publish Facebook ads that work, I do know how to publish Facebook ads that work for me, so I’ll take you through that process and also weave in some professional best practises and see if we can’t help you.

On the side of all this, I’ll reference Facebook ads but what I really mean is most social media advertising.

Who is this ad for?

A simple and obvious question you might think, but in all my years working in commercial radio I learned pretty quickly that most radio ads aren’t for potential customers. Most of the ads you’ll hear on radio are for the advertisers. When you hear a radio ad with the business owner’s voice in it, its because they want to hear themselves on the radio. They want to turn up to business networking events and have their friends tell them that they heard the new ad on Hot FM.

Which is ludicrous right?!

The biggest advantage you get with Facebook ads is that you don’t see them and your friends don’t see them (hopefully). So now that you’re not trying to show off or keep up with the Joneses.

So as you craft a boosted post or ad, don’t write it to make yourself feel good, write it so it accomplishes what you want the ad to do.

What do you want this ad to do?

Ask yourself these questions about the potential advertisement:

As I mentioned in the intro, there is no one perfect ad. There are thousands, and they’re all being tested by the advertising agencies.

A smart advertising agency isn’t launching one ad, they’re launching many, then measuring their impact on the last section (What would you like this ad to do?) and then running the ads that perform well on that metric more, and the ads that aren’t performing,

The secret is to deploy ads readily, give them a little bit of fishing line (budget) to hang themselves on, and if they start performing, roll out more line (budget).

You’ll see many big agencies and advertising blogs talking about A/B testing, which is a more formulaic way of my testing method above. I don’t use A/B testing only because I use A/B/C/D/E/F/G/H testing. Posting a large number of small budget ads and seeing which ones float.

Boosting versus “placing an ad”

Clicking the boost button on a post is the expensive, easy, and convenient way to put yourself in front of more people. so if you’ve got spare money, do that.

Play with the audience targeting, experiment a little, play with the remarketing features, and have some fun.

Give each ad a little bit of line, and see where it goes.

What works for me?

Personally, I view my ads as “tribe creation” not “lead creation” because I think it’s highly unlikely that a couple will see my ad, instantly click it, enquiry, find out ?I’m available and instantly book. That might work for some industries, but not in the wedding industry where couples are crafting personal and intimate experiences and the team involved in creating those experiences need to be qualified. Not industry qualified – couple qualified. A team that the couple feels comfortable with and they trust.

So my ads don’t advertise discounts (for the love of god will everyone stop discounting!), I don’t offer deals, I don’t do “book now and blah blah blah” offers. I simply offer myself, my expertise, my worldview, and my experience up to couples in my targeted demographic and hope they resonate with me, and that they’re intelligent enough to know that if they’re getting married then maybe I’m a potential candidate for a follow.

And if they’re not smart enough to join those dots then I’ll leave them to the celebrants advertising their services for $200 on Gumtree.

My friend Mel highly recommends Facebook’s Blueprint education service for people looking for technical training on how to use the Facebook advertising platform, and after looking at it, I love it to.

Check it out at facebook.com/blueprint or the “Creating an ad” training is here. 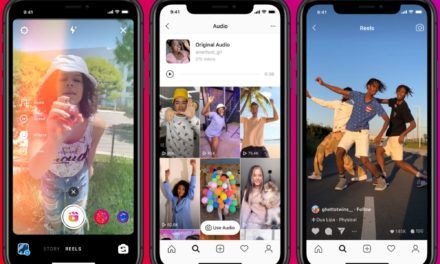 What does Instagram Reels’ launch mean for the wedding industry? 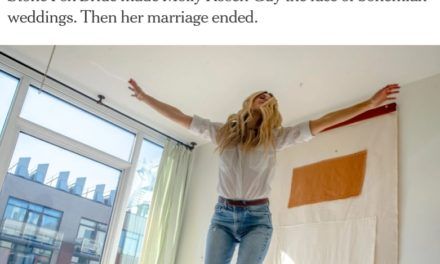 When wanting to be featured or talked about, know this one thing 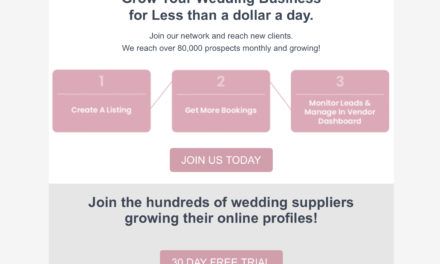 Which directories should we advertise in?

What should I do at a wedding expo?