The one where we throw eggs at Sarah

Get your eggs ready folks, for once Sarah Aird says something controversial. Don’t worry though, anything she said is not as bad as whatever Josh has to say.

This episode also dives deep into what price to charge your clients, and why? Everyone has an opinion on this and want to ask the question, but the conversation is taboo right? Not on this podcast! Undercutting, undervaluing our profession, but more importantly encouraging you to charge what you are worth, are just some of the topics we chat through today.

1.00: Rain event/Consider your back up plans! (inclement weather)
1.22: https://tattersallsclub.com.au/ Tattersalls Club Brisbane City.
Massive Grand old Ball room. Well priced and beautiful backup option for outdoor weddings in the event of inclement weather $250 (Weekend rate).  Good for Summer wet weather backups.
2.15: Community Park Hall across the road from Centennial Parklands Sydney, in the event of inclement option $185   https://www.centennialparklands.com.au/venue-hire/functions  ??
4.00: Ceremony and reception at the same location is the norm? Or close by? Are guests going to have a good time travelling if at different locations? Consider your guests.
4.30: McLaren Vale Pennys Hill Winery (reference) https://www.pennyshill.com.au/
5.52 https://www.petethecelebrant.com.au/  (reference)
6.45:  2016 Australian Bureau of Statistics – chat  – Nerdy numbers stuff- An industry in need of help. Annual marriages reached new low. ABS actual data cubes.
14.00: Money. What we charge. To chat about or not to chat about it…
15.50: Opening up the conversation
16.20: Celebrant pricing conversations – The background.
17.00: Price fixing conversation (ACCC) – The history / Dally Messenger.
20.00: Why our conversations are NOT price fixing
21.00: Karen’s points and opinion on the subject– Melbourne Celebrant
(Highlighting the variety of products and levels of pricing in the handbag industry – to compare with celebrants in celebrant industry)!
27.30: Karen highlights the different reasons people become celebrants and what factors may contribute to their price.
36.48: Karen’s respectful request for us to stop howling at each other for devaluing our profession by undercharging, without knowing all the circumstances. ?
37.15: Josh and Sarah dive deeper into money – knowing your worth.
39.35: Pricing Tips– What should I be charging? Where to start? Charging an hourly rate?
47:17: Celebrant.fm (reference)
47.22: Tenielle Nuske Adelaide Celebrant reference
48.20: Charging an hourly rate?
52.10: Charge what you are worth, what covers your bills, and what you are proud of.
55.46: Feeling comfortable with your fee
57.02: Sarah’s price points
59.35: Josh’s pricing structure
59.56: Alex from Time With Alex

On pricing, by Dally Messenger:

When Funeral Celebrants began in 1974, they inherited a culture.

The Funeral Director was in charge of the dignified disposal of the body.

The Church was in charge of the ceremony.

Funeral Directors ingratiated themselves with the clergy, because the clergy gave them work. As they presided at the last rites, the priest would recommend the Funeral Director who best understood that church’s ceremonial routine.

The clergy were the rulers of the roost – what they said went.

But the clergyman, strictly speaking, was not paid. He received a small amount of money as a gift – known as a stipend, It was presumed that the dead person had well and truly paid for his funeral in advance by his weekly offerings when he attended church.

Then came civil celebrants – who had not been paid “in advance” and who did not do, could not do, a “one size fits all” ceremony as the clergy had done.

But the Funeral Directors only paid celebrants the clergy “stipend”.

After the initial joy and sense of achievement had passed, many celebrants realised they could not pay the bills. Two things happened. Many celebrants ceased doing the work. Others lowered their standards of preparation and delivery. In Australia most of us had weddings to fall back on. A few who had private means kept a high standard and still do.

While this was happening a group of celebrants, of which I was part, politely confronted the better Victorian Funeral Directors and argued that we, in justice, should be paid more than the clergy. Two firms agreed – a Rob Allison of John Alison Monkhouse and Des Tobin of Tobin Bros Funerals. They gave us about double the clergy stipend. For a long while, funeral celebrancy in Victoria flourished.

But Victoria is but one state in Australia – and in the other states the funeral celebrants lacked political will, and to this day they only receive the clergy “stipend”.

Church attendance, however, has declined dramatically so the clergy (about 20% of funerals, we are 80%) have been demanding more.

The field is full of developments – not the least of which has been the takeover of most of the small funeral firms by the big corporation Invocare, whose one ideal is profit according to the norms of why corporations exist. In NSW there is now a campaign to have “the family” prepare and deliver the funeral to make their bill look less and to exercise their power ( They spend hundreds of thousands of dollars on TV advertising every day.).

In 1997, after I was paid $150 for a celebrity funeral that took about 50 hours to prepare and deliver and had 8500 people attending, I started a “Contact the Celebrant first” campaign and declared that I would only work for an hourly rate, from that moment on.

Needless to say, the Funeral Directors (except for one or two) blacklisted me and much more.

So I only dealt with my own constituency (people whom I knew and for whom I had performed ceremonies). I was up front about an hourly rate and a ball park figure.

An hourly rate is fair – my clients have never given me a complaint – the general public is not the problem – the funerals directors are, and it is not only money it is a question of power.

A final note – I nearly always perform 90% of a funeral ceremony at a venue away from the Crematorium. I average an hour to an hour and a quarter per ceremony – I think a good life deserves a worthy tribute, and I see the funeral service as a very serious responsibility. 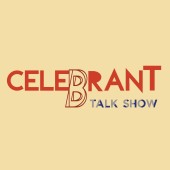 A tribute to the greatest podcast episode

Karen would like to talk to the Coronavirus manager 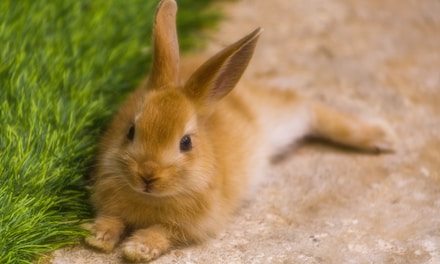 Advanced OPD topic on how to skin a rabbit